This article was published in the ARMY newspaper at the time.

Named In His Honour

A Royal Australian Electrical and Mechanical Engineer, who was killed in action in SVN in 1968 has been honoured by RAEME soldiers.

The 106 Fd Wksp RAEME at Nui Dat has renamed its canteen and club after him, reports Capt Bob Cornish for ARMY.

The soldier was Cfn Douglas Borlace, who was serving with the LAD of A Sqn, 3 Cav Regiment.

He was travelling in an armoured personnel fitters carrier on Operation ALBANY, when it struck a mine, killing him and wounding two others.[15 July 1968]

About 130 soldiers attended the ceremony which was followed by a unit barbeque.

Cfn Borlace is one of the few RAEME soldiers to be killed on active service in SVN and he was honoured because the work he was doing is similar to that now being done by the unit.

The 106 Fd Wksp was formed from other RAEME units in SVN and was officially raised on November 1, 1968.

The unit wrote to Cfn Borlaces's next of kin, his foster sister, Miss Margaret Little, stating its intentions and seeking her approval.

In approving the scheme she told the unit in reply that she was delighted that he was being honoured in this way.

The plaque will hang in the club just below the Corps badge. Outside both entrances are signs bearing the new name of the club. 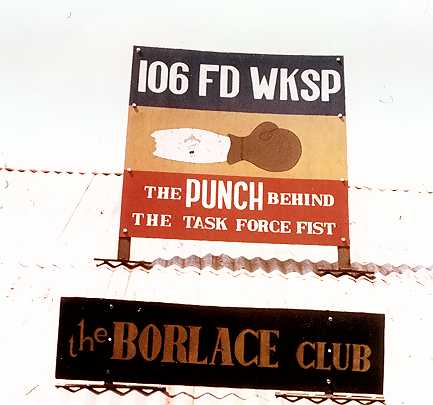 Doug was posted to 1st Armoured Regt LAD as a VM on 14 Sep 66 and allocated to A Sqn 3 Cav RAAC, South Vietnam.

I recently spoke to Gerard O'Neill (This email address is being protected from spambots. You need JavaScript enabled to view it.) He remembers well, the incident in which Doug was killed.

He says Doug was out on a familiarisation trip, not in a Fitter's Track, but an M113, 30 Bravo, Sgt Fogarty's Troop, of the Cav's A Sqn. Gerard was the driver.

They were travelling through thick scrub at the Long Green at the time. Doug was sitting on the rear hatch. Gerard remembers a double explosion and shrapnel rattling around the rear deck. He suspects the detonation of a tree mounted mine or something similar.

As a result of SA RAEME Association approaches, arrangements have been made to replace the War Grave Commission plaque on Douglas Borlace's grave stone with a more appropriate one. The local paper, The Courier, reports the details in this article: 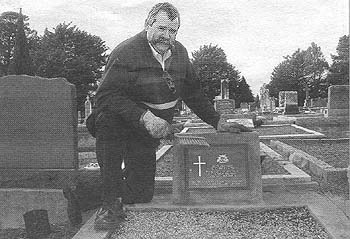 Royal Australian Electrical and Mechanical Engineer association member Bob Killoran at the grave of Vietnam veteran Douglas Borlace that will get a new plaque with the wording "killed in action" added to it. BELOW: the current plaque in the Stirling Cemetery at Aldgate, SA. 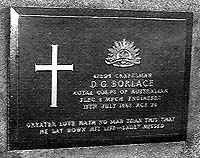 A Bridgewater soldier who was killed in the Vietnam War is to have an appropriate plaque placed on his grave in the Stirling Cemetery at Aldgate.

The recognition for Douglas Borlace has been made possible by fellow Vietnam veterans who have worked towards having the words "killed in action" inscribed on the plaque.

A mechanic by trade, Mr Borlace was a passenger in an armoured personnel carrier that ran over a mine during a reconnaisance mission in July 1968

He was a member of the Royal Australian Electical and Mechnical Engineer (RAEME) Corps and had a service plaque on his grave, but the wording,"killed in action" was inadvertently omitted.

His fellow RAEME mates wanted the error to be put right and contacted family members, the War Graves Commision and the Adelaide Hills Council in their endeavour to get a new plaque.

RAEME Association member Bob Killoran said Mr Borlace's friends, family and members of the community were pleased that the correct information would now be on the grave.

"We wanted to keep his memory alive and show respect for his sacrifice in the proper way," Mr Killoran said. "The plaque will be dedicated in Doug's memory in the spirit of Lest We Forget".

A foster child of Margaret and Kevin Little, formerly of Bridgewater, Mr Borlace was the eldest of four children.

He attended the Bridgewater Primary and Oakbank Area schools, and enlisted for active service in December 1961.

A dedication service for Mr Borlace will be held at the Stirling Cemetery on Sunday, August 3, at 2pm. 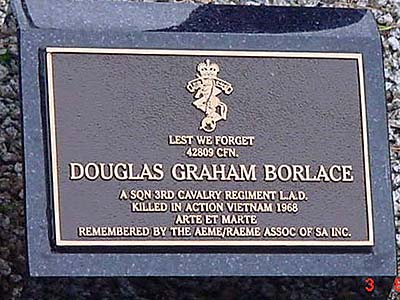 The day of the very moving re-dedication was overcast and blustery.
Forty took part on the occasion of this tribute to Doug Borlace with the KIA plaque attached at last to his head stone. 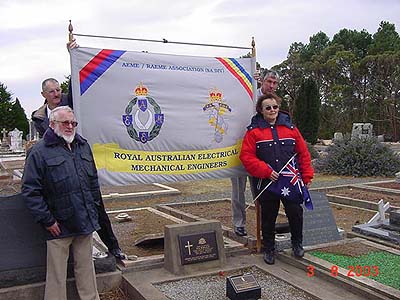 Doug was fostered by the Peacock family. When his foster parents died, his foster sister, Margaret, became his foster parent.
This photo shows the Association Banner with Margaret Little (nee Peacock) at right front and her husband Kevin at left front. 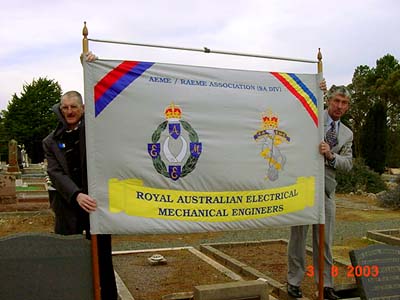 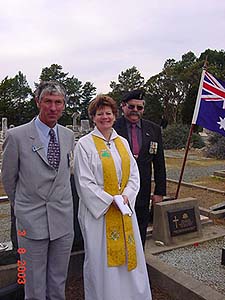 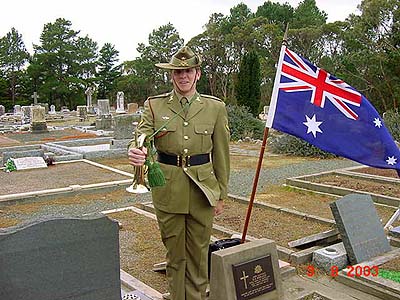 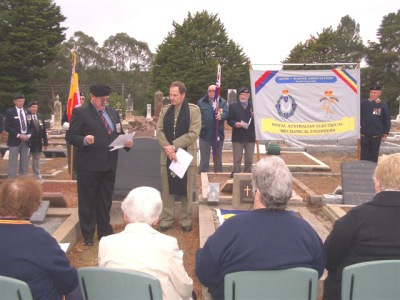 Bob Killoran delivers an eulogy and a brief account of Doug's career in the Army. Padre Mike Folland on the left delivered a moving service; members of REME/RAEME Assoc. in the background. 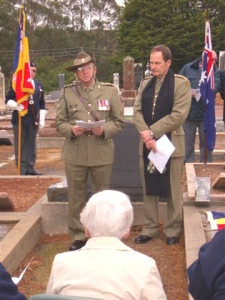 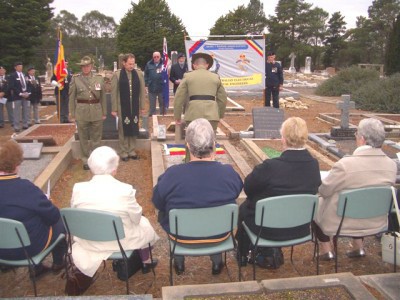 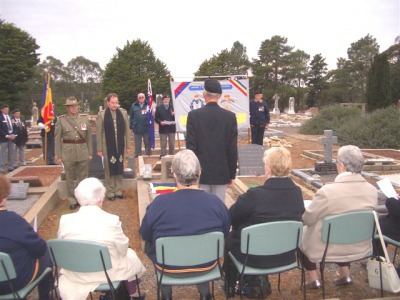 The President of REME Asoc. SA lays a wreath. 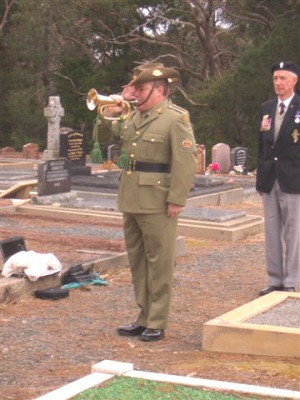 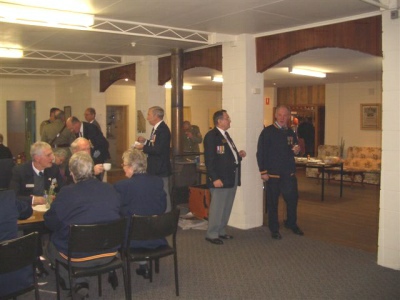 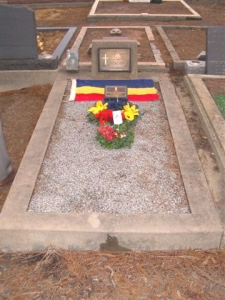