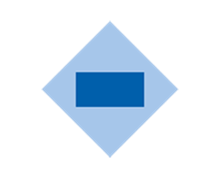 This article below was written by Lt. Zach Lambert, a RAEME officer serving in 106 Fd Wksp 7 CSSB at Enoggera following the official “resurrection” of the 106 Fd Wksp designation at the beginning of 2013. This is the first article supplied to the website since the 106 Fd Wksp Association membership criteria was changed from a SVN Veteran only to one encompassing anyone of any Corps who served in 106 or its successor elements anywhere at any  time in the past 45 years. Our thanks for Zach’s contribution. Read his article.

In SVN, 106 adopted a logo with the motto:“The Punch Behind the Task Force Fist”. Under current formation structures this became outmoded. The current 106 Logo with motto acknowledges the workshop’s foundation year, the horse with the clenched fists as well as L/Cpl Charlie Goloski (C.G) the SVN unit mascot. But despite the new words in the motto the message is in the same vein. The new workshop’s 7-CSSB PT-shirt gets the logo and its message out around 7 Bde.

2009 - 106 Gets Its Designation Back As A Field Workshop And Deploys In That Capacity.

After 106 was disbanded as an independent unit (Coopers Plains/Enoggera), it became an untitled technical element within 6 BASB, an integrated logistics unit supporting the then 6 Bde formation at Enoggera. The workshop later became a support company within 7 CSSB which had amalgamated with the BASB when 7 Bde (ARA/Reserve) was formed to replace 6 Bde (Whew!). The workshop reassumed the title of 106 Fd Wksp as a company but there was no recognition of the workshop as a formal Army sub-unit. Read the 2009 RAEME Craftsman article where 106 exhibits all the signs of ‘emerging’ from its period in untitled wilderness.

The unit club used by 7 CSSB at Gallipoli Barracks at Enoggera is the Borlace Club, a club named after Craftsman Douglas Borlacewho was a RAEME digger killed on active service in Vietnam in July 1968. The club was given the same name as the soldiers’ club 106 Fd Wksp established at Nui Dat in South Vietnam in 1969. How did 7 CSSB, a multi-corps logistics unit, end up with a club named after a RAEME unit club and a RAEME soldier? Read the RAEME Craftsman article about the origin of this club as a 106 Fd Wksp unit club at Enoggera in 1992.

Footnote: Since the time of the article there has been a number of significant organisational changes where 106 Fd Wksp lost its status as an independent unit and became a support element within larger multi-corps units through to 2013 where 106 Fd Wksp became the officially titled sub-unit of 7 CSSB. The club and its name have lived on through all the changes.

Major W.I.N.S. Hicks-Hall (Norm) was the inaugural Officer Commanding of 106 Fd Wksp RAEME when it was established at Nui Dat in 1968. Some years after retirement from the Army Norm was a tragic victim in a house fire on the Gold Coast in 2011. Sometime after this incident , Norm’s wife, Trish, gifted money to the 106 Association to enable “an award as an incentive to a young tradesman of 106 “ as this is what Norm would have wanted and what Trish wanted as a lasting memorial to Norm. The Association subsequently set aside the funds to establish an Award over the longer term - as an annual award to be known simply as the Norm Hicks-Hall Award. The Award is presented to an outstanding young tradesman selected by a panel of senior trades headed by the workshop ASM.

·         An inscribed award/ plaque presented at an end of year unit assembly or function.

See the Award and Recipients here.

2014 was a busy year for the workshop – individual active deployments, change of Officer Commanding, personnel changes, new equipment, etc, etc – particularly with the workshop in its first full year as the “rebirthed” 106 Fd Wksp. It had been determined that there would be an end of year unit break up function themed on the origins of workshop in South Vietnam….. the full-monty with period clothing, tentage, old equipment etc ….. an opportunity to let the hair down and wind down before leave. The photographs and captions in the function report show what went down - undoubtedly demonstrating that there is a great awareness of the workshop’s origins and the sometimes (some say often)  larrikin nature of the hardworking tradies and its support personnel, where there was will to work hard before letting go. See the Party here.

Claude Palmer, a 106 Association Committee man and an ex SVN OC of the workshop, played his part in dressing in period clobber for the occasion. In the only serious moment of the function, Claude presented the Norm Hicks-Hall Award to CFN William Paul Snoeks below: 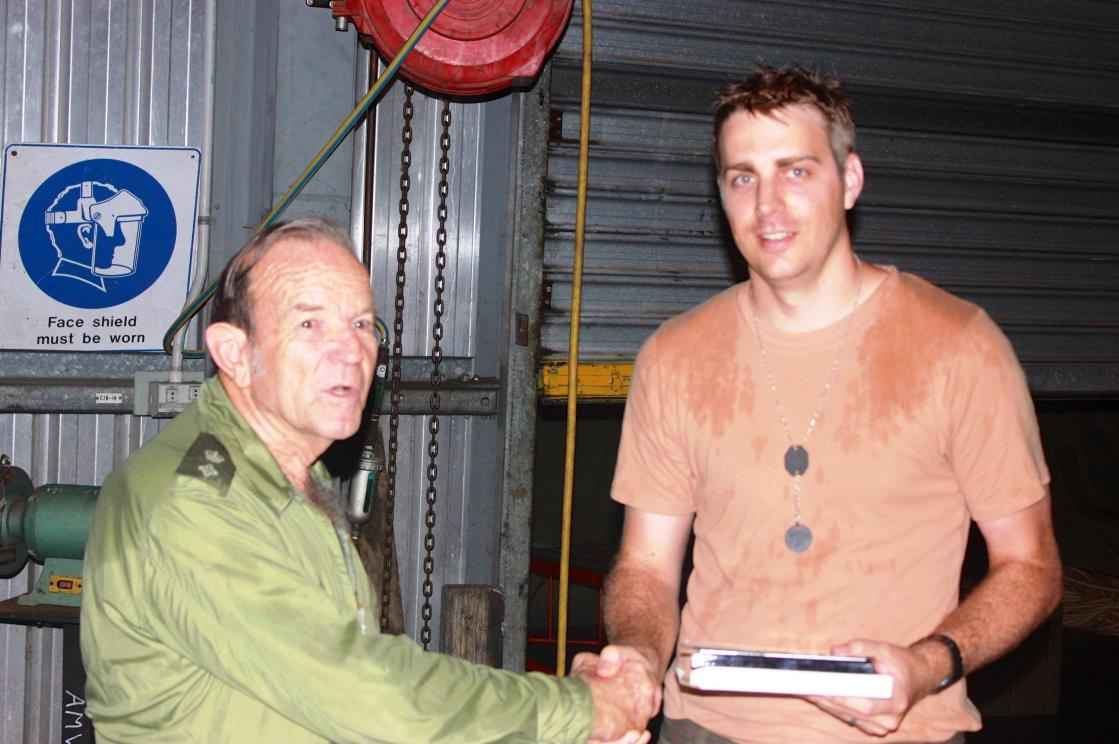 He  said more than a few words about the past and brought an SVN period video along as well.